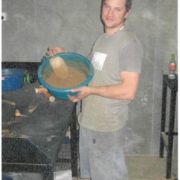 Cade has had an impressive career journey at Coffey Testing, starting out as a casual laboratory technician in 2005, moving into a Team Leader role in 2008, and a Laboratory Manager in 2010. In 2013, Cade began his Quality journey and became the Quality Coordinator for NSW/ACT, which led him into the role of National Quality and Training Manager in 2015.

Fast forward to the present, and Cade is now the Coffey Testing National Quality Manager and NATA Authorised Representative!

Cade’s position has given him the opportunity to travel all around Australia, seeing some of the most beautiful and far reaching locations.

Cade’s advice to anyone starting out in the industry is:

“Keep working hard. Anything is possible while working for Coffey Testing. I started at the bottom as a casual technician with no experience whatsoever. This has turned into a good career for me and I have made life long friends along the way.” 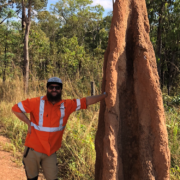 Feedback received from clients and colleagues is a testament to Cade’s highly respected position within the Constructions Materials Testing and Quality Assurance Industry. We are proud to have him on our team!

Thank you and congratulations Cade!

Work with us on your next project